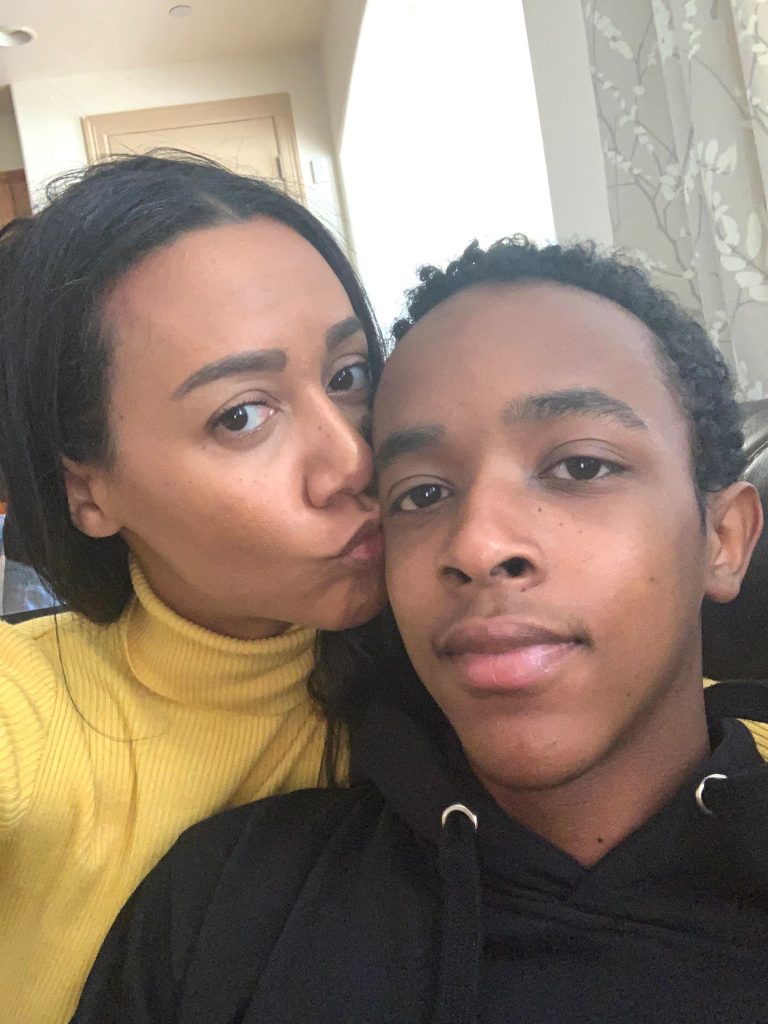 Last week my teenager got in trouble. He got in normal, “I am fifteen and being an idiot with a few of my friends” kind of trouble. I always knew the day would come where we had to address a situation where he would get caught doing something we would certainly not be happy about. I am not much of a worrier, but in anticipation of this day I worried. I didn’t worry if he would ever get in trouble because I knew eventually he would. My son is now a black teenage boy in America and the worries that come with that dynamic are gut wrenching beyond the worries every mother and father have for their teenagers.

I remember distinctly when Micai was twelve, I had to talk to him about riding his bike in the neighborhood and to 7-Eleven for a Slurpee. I remember telling him to keep his hood down and to not cause any ruckus at the store. I feared not that he would steal or do something stupid, rather I feared that someone would assume he is stealing or causing trouble because of how he looks. I cried the whole time he was gone on his first independent trip to the store. It was almost unbearable waiting for him to return. I knew in our particular neighborhood he could be targeted for looking suspicious and I just wanted him back in my home, where he was just our little man with the killer dry wit. Now as he approaches sixteen and explores the world and his boundaries even more, the worries grow and the conversations become even harder.

When I found out he had done something stupid with his friends my stomach dropped. I felt dread. I felt anger and frustration and felt like a failure as a parent. I felt like a failure, even though my child has a 4.4 GPA, is a scholar athlete that plays three sports and plans to be a chemical engineer. I felt like a failure because based on the decision he made, we had clearly failed at driving home the seriousness of what he can and cannot get away with being a black man in this country. As I looked at him, tears pouring from my eyes, I blurted out “They will take you away from me. Don’t you get that?”

Both my husband and I sobbed as we reminded him of all that he could lose, even if he gets caught once at a party or out in public doing anything that is against the law or that can be perceived as being against the law. We reminded him that in the eyes of so many, including many in law enforcement, he will be guilty upon sight. I had to remind him that out in the world we cannot protect him and that no amount of money or power will prevent him from being a black boy facing down the barrel of a system that sees him as a threat first and a person second.

This is not an opinion or debate about people, race or whether most people have the right intentions. This is the heart of a mother with all the resources in the world but feels helpless to protect her child from what he might be forced to experience just because he is black. I worry that wearing a hoodie on his walk home at night puts a target on his back, or that he may be confronted by a “worried” neighborhood watchmen with a gun or often worse, an interaction with law enforcement. I worry that when he is hanging out at the movie theater or mall with his friends, the employees and security will watch him more closely. I am worried that in the crowd of his mostly white friends from school, if anything goes wrong, he will be the first to be targeted or blamed. In addition to worrying that he’ll be at a party with friends where kids are drinking, I worry if the cops come to that party he may not just get a ticket, he may be shot and killed.

Our greatest fear as parents is that we may lose our children or that they could be hurt. The only fear greater for moms with children of color is that we will lose our children at the hands of a law enforcement system. To worry that the world inherently sees my sweet child as violent, dangerous or a threat because of the color of his skin brings a level of helplessness and frustration few situations in life can cause. It’s a worry that you can’t explain even to your friends that try to understand. And if you think explaining these fears to people that will never experience them is hard, try explaining them to a stubborn naïve teenager. “Micai, you can’t wear that to the party tonight.” “Micai, I know you want to ride your bike to your friend’s house and it’s just down the street, but I am going to have daddy take you.” Every time we have this interaction, this talk, I am left feeling empty, guilty and really angry. As if trying to corral a young man trying to find his independence is not difficult enough, I have to also explain to him that because he was born black, he has even more constraints. We will have to explain to him that the glove compartment is not the right place for the registration in his car, even if that’s where his friends keep it. We have explained to him that he will have to take accusations, threats and even abuse by those in authority and that he can never, ever under any circumstance fight back.

These are constraints he can’t understand because he knows that he is an amazing kid who puts school and family first, has record times for the track team and has never once in his life been in trouble with anyone in authority. He logically believes that if he does everything right, the world will repay him with a confidence in him as a human. How do you help him understand that the way it actually works is that if people don’t know him, all they will know is that he is black? How do you explain that being black means something different than what I raised him to believe? How do I tell the kid who has wanted to be the President of the United States since he was six, that while he may be able to become the President one day, today, I need him to just stay alive?

Sitting with my life’s greatest gift and telling him to be fearful, overly couscous and obedient even in the face of disrespect and injustice are the most heartbreaking parenting moments I have ever had and as he gets older, they get harder. I am asking him to be the opposite of what I have ever wanted to teach my children to be. My instincts to protect him from discrimination and hatred have to supersede my desire to let him become the independent man he wants to be. This conversation never gets easier because trying to explain what is illogical with logic is in itself the most complex conversation in life. I wonder how many more times I will have to have it before he goes to college and I can’t have it anymore. I wonder how many times he will need to hear it before he will understand it. I wonder what he will do in a moment when he needs to remember to be everything I taught him not to be. Will his being black in America teachings trump his instincts to be a man of justice? Will he truly understand that it could be life or death?

I know that my time to influence and teach the unteachable is running out and as so now I seek other ways to prevent him from ever having to understand why we had these talks in the first place. I am starting with this article. I am a tough lady and dedicated mom who sits writing this article with tears streaming down my face. I am sharing my sorrow in hopes that those reading this will see my face and remember these words next time you see a news flash about a young black boy being shot outside a party. I hope you will see my face and ask yourself, what if that was Danielle’s boy? What if that was Micai? I want you to remember that a corporate executive raising her son in an affluent neighborhood with her loving husband and family could have done nothing to prevent her child from being black in a car leaving a party with friends. I hope you remember, I taught him to leave and drive away when a party is out of hand and that he was just doing what I taught him when he was shot. I hope that before letting yourself decide the character of a man or child, you will remember the character of my boy who will likely change the world in his lifetime. Remember all of us moms behind the scenes that say to ourselves, “that could have been my child.” And I hope you ask yourself whether you have ever worried the same. If not, try to worry about it. Talk about it with your children and tell them to keep an extra caring eye on their friends of color. As I count down the years to my boy taking on the big world without me, I am reaching for all of your hands to help me form the barrier of worry and protection around him and other children of color like him, that moms like me can’t do it alone anymore.